Jasmine Costello is in the Queens clique, though she isn't as bitchy or cruel as some of them. She can however, be very bitchy when she wants to be, but is otherwise a fun and random person to be around. She is known as a bit of a slut around school, and she likes to party and drink a lot. She has been known to smoke occasionally.
Despite being a queen, she is friends with others outside her clique. She has had a few boyfriends (some at the same time as others), but she is yet to have a really SERIOUS relationship where she sticks with one guy. Despite having boyfriends, she also sometimes agrees to 'sex buddy' agreements.
Her family is very wealthy and owns the Moonshine Nightclub, where she performs pole dancing onstage, and gets drunk a lot. She is also quite intelligent for a queen and a blonde, which most people find odd.
She has a small tattoo of a blue butterfly on the bottom of her back. 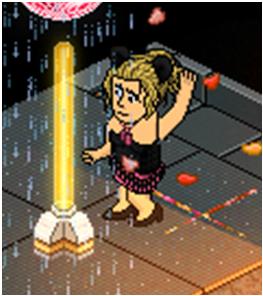