History:
Jason grew up in england, giving him a very toned english accent; that he doesn't want to loose. As a younger child he lived on a farm, with his grandparents and with very little to do, in a remote town; he took up the guitar and piano. Jasons parents had always dreamed of coming to live in america, as there was more business for them here. Although it broke his grandparents heart, he was taken with them. Jason was not raised badly, but once at St Lesters, the appeal of partieing, drunks sex and alchahol seamed more of an apeal. As he did very little work of the farm, he is not as large and muscular as his father, grandparents, and their grandparents. But, geneticly is very similar. The school were Jason went to before St Lesters was not a bording school, and he spent most of his free-time at home, practasing his piano and guitar playing. But, as he learnt the hard way, he neighboring lads, do not like his music. "They would rather melt there brain listening to bar9 or something.." He has very little time for his Guitar, and as he could not bring his half a tonne grand piano with him, has even less for it. 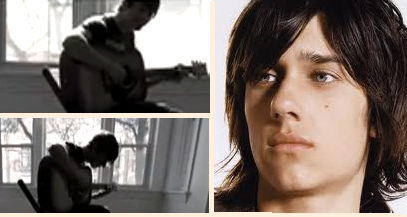 As said earlier in this Bio, he is a dark brown haired, green eyed, 5ft7 male. He normally wear 3/4 leangth shorts, and a buttoned shirt. He wears hi-top converses, and sometimes nike hi-tops. A purple breo watch on his left wrist, along with alot of bracelets. He has a tattoo on his right wrist, that is a braclet.